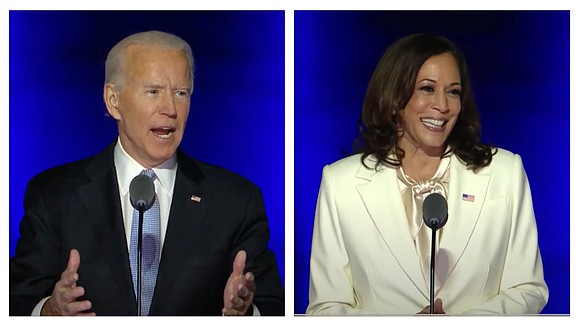 Joe Biden became the 46th President of the United States on Wednesday, swearing the oath of office just before noon to take the helm of a deeply divided nation while inheriting a confluence of crises arguably greater than any faced by his predecessors.

Biden's inauguration came at a time of national tumult and uncertainty, a ceremony of resilience as the hallowed American democratic rite unfurled at a U.S. Capitol battered by an insurrectionist siege just two weeks ago. On a chilly Washington day dotted with snow flurries, a bipartisan trio of ex-presidents along with the elite of nation's government gathered, ensuring the quadrennial ceremony persevered, even though it was encircled by security forces evocative of a war zone and devoid of crowds because of the coronavirus pandemic.

Stay home, Americans were exhorted, to prevent further spread of a surging virus that has claimed more than 400,000 lives in the United States. Biden looked out over a capital city dotted with empty storefronts that attest to the pandemic’s deep economic toll and where summer protests laid bare the nation’s renewed reckoning on racial injustice.

And he was not applauded by his predecessor.

Flouting tradition, Donald Trump departed Washington on Wednesday morning ahead of the inauguration rather than accompany his successor to the Capitol. Though three other former presidents — Bill Clinton, George W. Bush and Barack Obama — gathered to watch the ceremonial transfer of power, Trump, awaiting his second impeachment trial, instead flew to Florida after stoking grievance among his supporters with the lie that Biden’s win was illegitimate.

Biden, in his third run for the presidency, staked his candidacy less on any distinctive political ideology than on galvanizing a broad coalition of voters around the notion that Trump posed an existential threat to American democracy. On his first day, Biden will take a series of executive ac 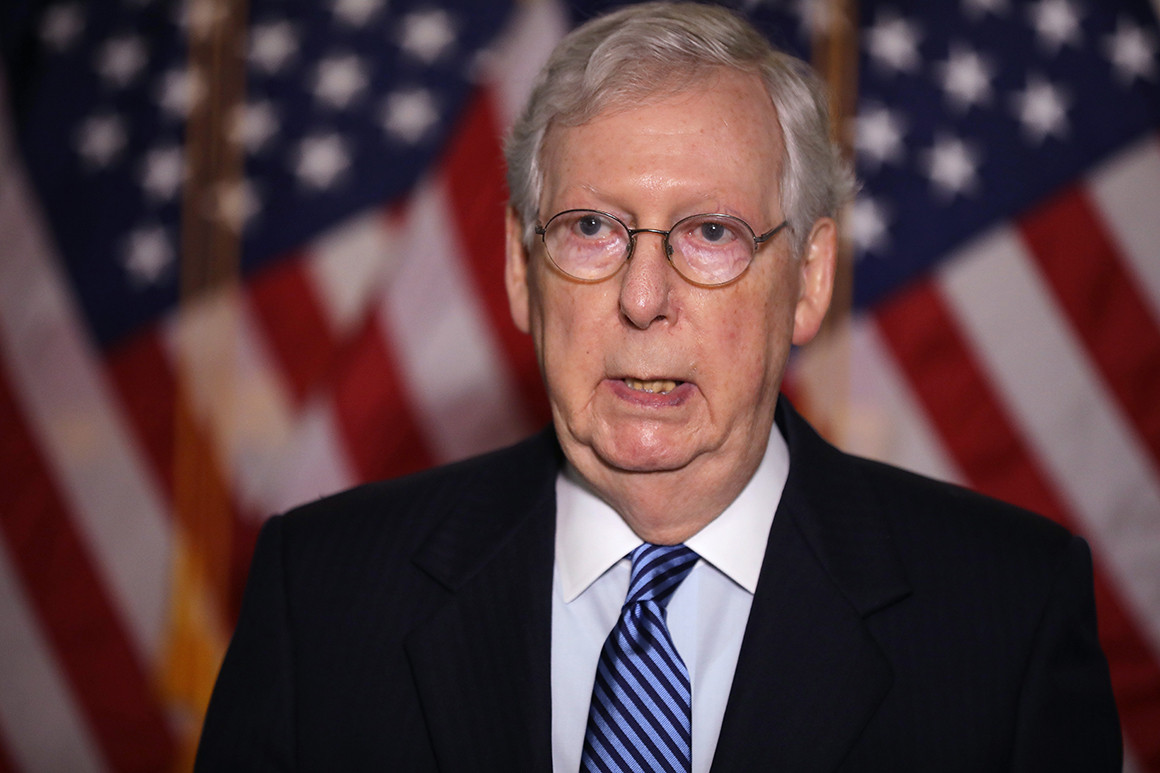 Senate Majority Leader Mitch McConnell vowed Friday that President Donald Trump’s nominee to replace Ruth Bader Ginsburg on the Supreme Court will be put to the Senate floor for a vote, setting off a titanic political clash over the future of the high court and plunging the Senate into a crisis less than 45 days before the voters head to the polls to pick the next president.

The upcoming confirmation battle, coming after months of clashes over pandemic relief as well as a fight over police reform in the wake of nationwide racial unrest, is sure to divide the Senate even further. The Senate will be faced with an unprecedented Supreme Court struggle in the middle of a presidential race — a battle over control of the nation’s highest court just as voters are set to decide who runs the other two branches of government.

“President Trump’s nominee will receive a vote on the floor of the United States Senate,” the Kentucky Republican declared in a statement Friday night, shortly after Ginsburg’s death was announced.

Senate Republican leader Mitch McConnell opened the Senate on Tuesday saying the pro-Trump mob that stormed the Capitol was “fed lies” by the president and others in the deadly riot to overturn Democrat Joe Biden election.

McConnell's remarks are his most severe and public rebuke of outgoing President Donald Trump. The Republican leader vowed a “safe and successful” inauguration of Biden on Wednesday at the Capitol, which is under extremely tight security.

“The mob was fed lies," McConnell said. “They were provoked by the president and other powerful people, and they tried to use fear and violence to stop a specific proceeding of branch of the federal government.”

“We will finish the job of getting a total of $2,000 in cash relief to people who need it the most,” Biden said at an event in Delaware on Thursday evening. “The $600 already appropriated is simply not enough.”

The new payment would top off the previous $600 payment that started to be distributed in December. Around $465 billion of Biden’s $1.9 trillion ‘rescue plan’ is earmarked to go directly to Americans’ wallets.

Your resource on tax filing Tax season is here! Check out the Tax Center on AOL Finance for all the tips and tools you need to maximize your return. GO NOW

The bonus per dependents would be $1,400 and would apply to all dependents. Previously, parents or guardians could only claim the bonus for dependents under 17. Now the bonus can be claimed for college students, disabled adults, and other adults who are dependents.

If Biden's proposal is the same as the Democrats’ $2,000 stimulus plan passed by only the House in December, the income eligibility criteria would mirror the requirements for the current $600 stimulus payments being distributed.

The payments would reduce gradually for those with adjusted gross income (AGI) over $75,000 for single filers without dependents and $150,000 for married couples without dependents. The phaseout thresholds would change depending on the number of dependents in the household.

Read more: Here's what to do if you haven't gotten your stimul

Read more: Here's who gets a payment under Biden's $1,400 stimulus check proposal