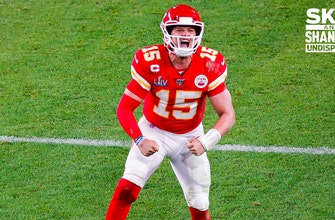 The 2021 NFL schedule was released yesterday and we have a lot to unpack. First, Tom Brady and the Tampa Bay Buccaneers look to repeat as champs after returning all 22 starters on offense and defense. The last team to run it back was the 2003-04 Patriots, so don’t count Brady out. The Kansas City Chiefs also look to make it back to the Super Bowl for the third straight year, but five of their first seven games are against 2020 playoff teams. And the Dallas Cowboys face Tampa Bay, Kansas City, New Orleans and New England all on the road. Hear who Skip Bayless and Shannon Sharpe believe will end up in the Super Bowl next season. 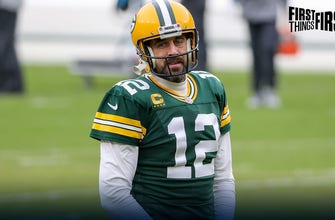 Michael Vick joins First Things First to share his thoughts on the situation in Green Bay with the Packers and their quarterback Aaron Rodgers. With the NFL schedule released, Vick breaks down whether he thinks the tension between Rodgers and the Packers can be fixed.

The Dallas Cowboys' 2021 schedule kicks off with a bang when they face the Tampa Bay Buccaneers in Week 1. Dak Prescott and the Cowboys will open the season with two straight road games for the first time since 2012 and will also be featured on FOX 10 times. The Washington Football Team won the division last season, but no team has been back-to-back NFC East since the 2003-2004 Philadelphia Eagles. Dallas is looking to extend that trend this season. Skip Bayless breaks down why a healthy Prescott equals to crowning his Cowboys as the NFC East champions.

After not playing against the New York Knicks, LeBron James was set to make his return against the Houston Rockets last night, where the Los Angeles Lakers also unveiled their latest championship banner, but for the second game in a row, LeBron opted not to suit up as he continues to recover from a high ankle sprain that have now cost him 25 of the last 27 games. He took to Twitter to let Lakers fans know, saying QUOTE: 'Getting close but I won’t be in the lineup tonight but more importantly I will be there to put that CHAMPIONSHIP banner in the rafters at Staples Center in front of our fans!!' Hear what Skip Bayless and Shannon Sharpe have to say about LeBron's decision to not play against the Rockets.